Although Germany won the World Cup in 2014, it is not precisely known as the world champion in digitalization, as unfortunately many German industries and the digital infrastructure (e.g., broadband expansion) in Germany show. Nevertheless, even politicians have finally recognized the necessity and the far-reaching opportunities that digitization brings with it. The German government intends to invest three billion euros in research into the potential of artificial intelligence (AI) by 2025. The new strategy “AI made in Germany” is intended to make Germany the world market leader. And this is just one example that shows that the topic of digitization has now also reached the highest political level.

For companies, such sums for research and development (R&D) are rather low. The 1,000 largest listed companies invested a record 782 billion dollars in R&D in 2018. This is reported by “Strategy&,” the strategy consultancy of the auditing group PwC. The list is headed by digital platform giants Amazon (22.6 billion US dollars) and Alphabet /Google (16.2), followed by Volkswagen (15.8). And according to “Strategy&,” China is just warming up in terms of R&D spending. A large proportion of the next vital technologies are likely to come from there, according to the strategists.

Industry 4.0 and Digitization ensure our Prosperity

It is wise to keep in mind simple connections. For example: “Why do we need Industry 4.0?” KUKA manager Heinrich Munz posed this question in his presentation “Digitization, IIoT & Industry 4.0 – The path is the goal”. Among other experts, he presented FID at the 15th FORCAM Innovation Day in autumn at DXC.Technology in Böblingen.
Munz ́ first answer: “We need Industry 4.0 for our well-being and the future of our children. If we continue to produce as we do today, we will not be able to satisfy the product requirements for a world population of around 7.9 billion people in 2025, 53 percent of whom will belong to the “consumer class” ́, taking into account environmental and resource conditions.

The more Robots, the more Jobs

The second answer of Heinrich Munz sounds strange at first because it does not fit into common thought patterns: We need digitalization and automation because that creates jobs. KUKA Manager Munz backed up the argument with figures: For example, the unemployment rate is always significantly low where the number of robots per employee in the manufacturing industry is significant.

Digital Megatrends are Changing the World

In any case, global digitization is irreversible, just like the electrification of life 150 years ago. To this end, KUKA manager Heinrich Munz presented the digital megatrends in Böblingen. Digitization is a great stream that has various sidearms, such as the Internet of Things (IoT) and Industry 4.0 (Industrial Internet of Things – IIoT). These developments mean in simple terms 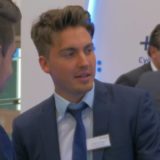